This came in a white hot rush & has barely been touched.  It’s almost Day 18: part 2. Or draft two. Or whatever. It’s a better poem than yesterday’s, that’s for sure. Was posted on fb 11 hours before midnight!!! I was impressed.

On at least one level the inspiration for today’s poem should be obvious.TombBuried. In darkness. Alone.Wake surrounded. By the scent of aloes.
& bitter perfumes. All is dark, cold. Every
atom aches. Every muscle. Wine soaked.
Sinew & bone. I am sore. To my core.

The air smells. Mushrooms. Liquorice,
Damp smouldering wood. Eat the aloe.
Make myself sick. Eject the poison.
Wounded. In dark places I dwell. Alone
In a cave. Just me. & my angels.

I saved a bunch of articles I was planning to use/explore in poetic form during NaPoWriMo. Yet almost every day, something more “personal” gets in the way.  Good Friday (the day this was written, was one of them.)  This poem was written in the car on the drive between Adelaide & my parents’ farm.

When I re-read the poem for the first time since posting it on fb almost a week ago, the irony is, the poem itself has a huge hole. The one thing I always think about at Easter is not including, other than through indirect allusions.  Maybe it works, maybe it needs to be addressed in May, when NaPoWriMo is over & the editing process can begin on all these half begun, half completed poetical sketches.  I want to tweak it even now, but will save that for later & repost as first put onto fb.What I think of when I think of EasterLooking over the litany of Easters pastI recall very few moments of chocolates & egg hunts
Haunted by decades of bright eyed moons

Tonight the moon’s a ruddy oblong egg
Low, ghosting the hills, as I drive north
What is life but a succession of wounds
Public crucifixions, little deaths, lying in darkness
Trapped beyond stone, & eventually rising to do it all again 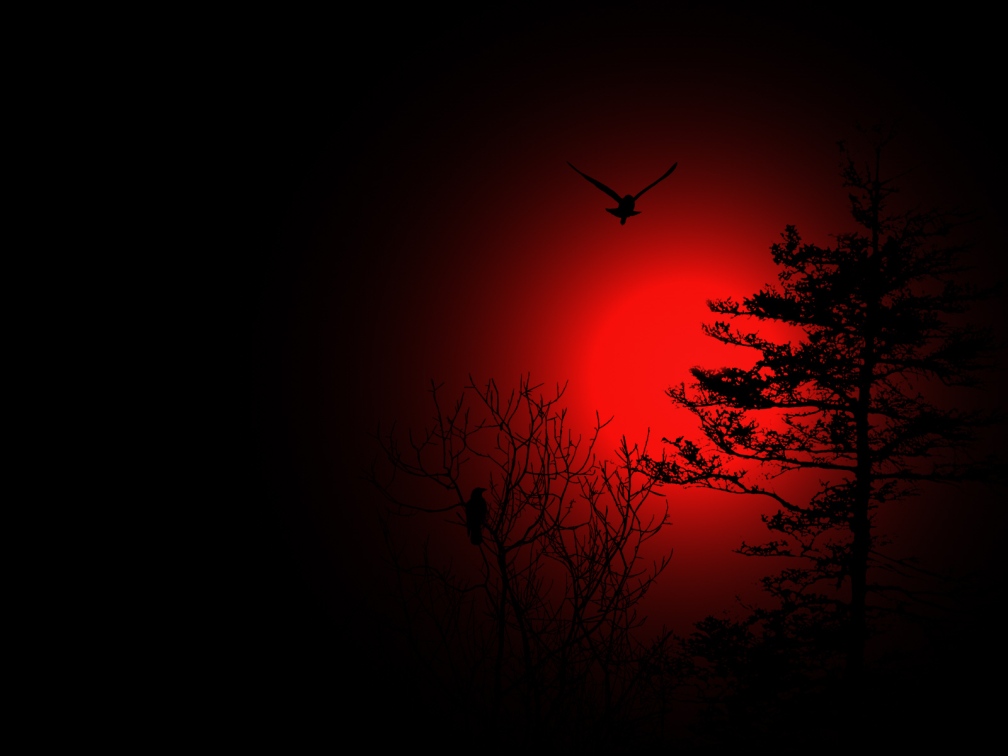 Today I saw a friend perform in a musical version of Christ’s Passion.  It was an amateur production, with all the accompanying issues.  (As an actor he makes a great poet: I only hope he’s not upset by today’s offering…)  It was the second time I’ve seen it.  He is my friend & I want to support him, even if I don’t share his convictions.  But the darkness of the theatre, & the ample moments of downtime, allowed for many chances to reflect, to think, to meditate, to nap.)

& I chose to think about perhaps my favourite disciple — after Thomas, who I rightly slag off in today’s poem — the one I believe has been most maligned, misunderstood, & misportrayed.  That is of course, the Kissing Disciple, Judas.

Sadly I feel this is my least successful effort of the month to date.  But the idea of NaPoWriMo is to challenge oneself & create work one might not normally attempt.  Maybe it’ll look better in a week or two, with some distance behind it.

Your “easter egg” is not one you have to search too hard for – it’s just at the bottom of this post … as a second bonus poem.  (Does this give me a credit for tomorrow?)

Two Versions of The Cross

The Disciple Whom Jesus Loved

“It were better for him never to have been born”

the thing most Christians miss is Judas had the hardest job
they lavish love on that snivelling denier, Peter so-called Rock
or poor Thomas & his doubts (understandable, but inexcusable)
leaving the red-haired BFF to swing forever weighted by silver.

it’s easy to paint Jesus White & Judas Black, crudely simplifying
perhaps the most complex decision ever made by man: betray
or believe in the impossible — in return from death. who among
us can act correctly not knowing the consequences of choice?

the argument: Peter didn’t know the plan, but what if Judas
did — if the motivation was to accomplish Christ’s mission
then Judas is the catalyst for the event which (allegedly) saves
humanity — by sacrificing the man that clothed eternal life.

the truth then, or at least this one possible version of it
is your, my, our salvation (real, wishful or delusional)
is built upon one man’s not actually a betrayal. a man
who may, have been the truest bravest disciple of all

From a practitioner’s perspective, it was hard to appreciate:

The multiple missed lighting spots.
Stilted movements. Stilted frozen tableaus
Strange forced perspective flats of the room
where the last (Escher-esque) supper was held.
Repeated use of downstage hands to mask faces
wildly gesticulating arms & finger pointing
as the only way to communicate emotion.
Stepping forward to deliver a line,
then returning with a snap to their ranks.
The pristinely clean costume shop clothes
(Pilate’s crushed velvet robes were a cack).
The perfectly timed too quick sound cues
(the impatient cock had already crowed
before Peter had denied three times).
Corny dialogue, poorly delivered.
Corny lyrics, not poorly delivered
surprisingly sang with a strange naive beauty
by far the most emotive element of the show.
Over-produced synthesiser-rich faux-pop score
Although lines like: He’s no messiah. He’s a lunatic, a liar &
Jesus remember me when you come (come) ((come)) into your kingdom
are memorable for the wrong reasons.
Thankfully though Mary Mag was a hottie
(as she should be), although some colour blind
casting might have helped. Poor Asian Judas
& Asian Pilate opposite a dull whitebread Aryan Jesus
who he seemed to spend almost as long
up on the cross as he did 2000 years ago.

One can’t fault the cast’s earnestness,
nor their conviction, nor even their faith
none of which I share. All seemed pleased
& the audience full of school children bussed in
from religious schools, all seemed impressed.

However,
the thing that sticks with me the most:
is the primary school boy who said in a whisper
to his mate: his heart’s still beating 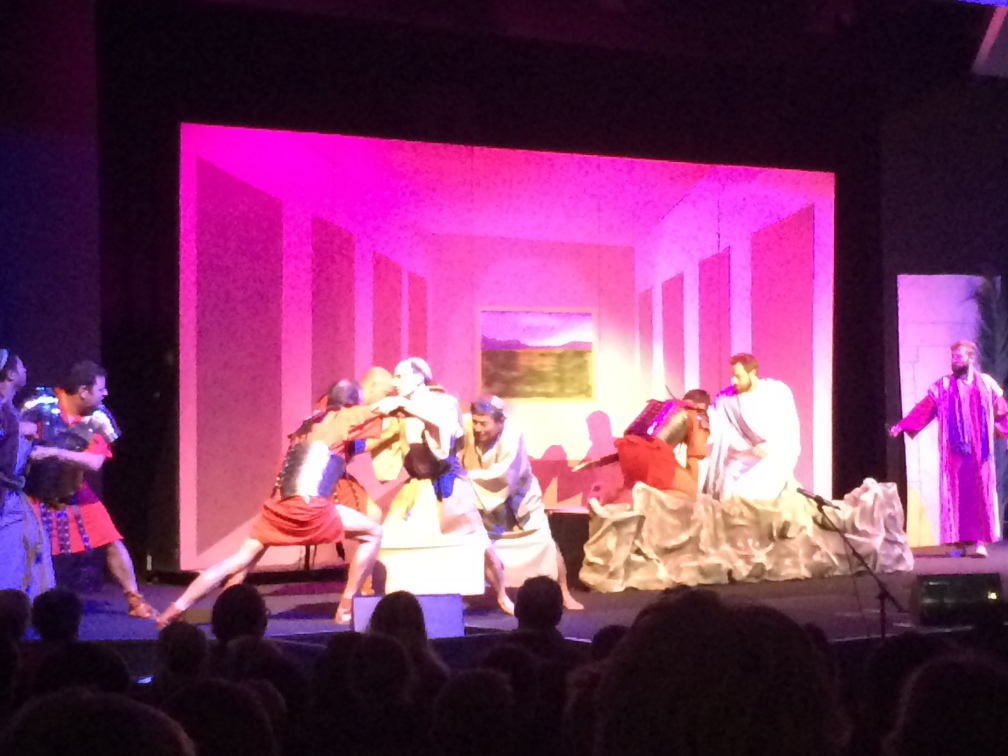