Second day of Judging a Book by its Cover … & today’s text is Wooroloo by Frieda Hughes. My friend & fellow poet, Jules Leigh Koch, lent it to me following my reading at Lee Marvin on Tuesday night.

Those who’ve read Day 5’s post Crows everywhere you turn, will know I elected to perform what amounted to a “concept album” of poems; with every one referencing in some way, a crow or crows; including a couple inspired by a chilling experience at this year’s Adelaide Writers’ Week, where the voice of Ted Hughes reading poems recorded in Adelaide 40 years earlier were played through the Pioneer Women’s Memorial Gardens. It made for a very a haunting session dedicated to Hughes, with guests Jonathon Bate (biography of Hughes) & Max Porter (Grief is the Thing With Feathers).

I didn’t know that Ted & Sylvia’s daughter had tried her hand at poetry. Nor that for a time she was married to an Australian and lived on a West Australian farm. Sadly, the collection did little for me, with only a couple of poems I found engaging. However, if the cover is anything to go by, she is a pretty talented artist. 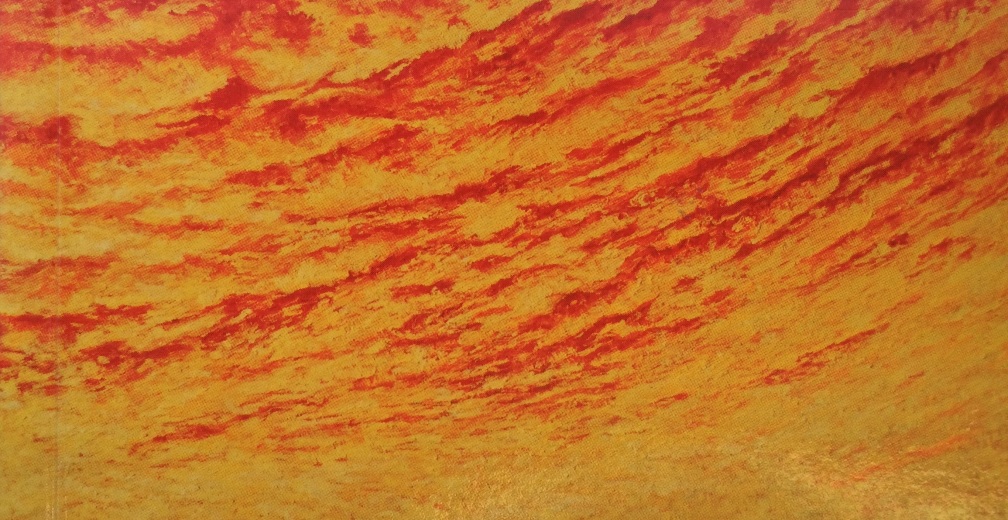 NOTE: this painting is not called ‘Wooroloo’, but ‘Two Sheep’, 1996, by Frieda Hughes. Sadly for the sheep, they have been cropped out by moi.

Today’s Title Poem challenge ties in with what I’m about to do in a little over 90 minutes.

After 8pm tonight, I will be performing a handful of poems at Lee Marvin Readings (LEE MARVIN is ON THE RAZZLE) all connected by a common denominator. That denominator is the same as I’m using as inspiration for this poem, & it is definitely the poem that works best as an independent unit, rather than a word game assemblage.

Source of titles is Ted Hughes’ crow: from the life & songs of the crow. I removed ‘crow’ from any title in which it appeared … & here is the result.

36 titles used out of a possible 68. Only 4 italicised words & one tense change. I could have added other titles, but it really felt ‘complete’ at this point & any more would have bloated it. Pretty pleased. Now to get ready for the reading.