I’ve decided that each Sunday I’m going to have a bit of fun (hence Sunday Sillies).

As a child I loved reading Edward Lear, Lewis Carroll (obviously), Ogden Nash’s children’s poems & nonsense poems general. My childhood copy of “A Choice of Comic & Curious Verse” edited by J.M. Cohen … literally fell apart, & I was thrilled some years ago to find a replacement copy with the same cover in a second hand book shop.  I missed out on Edward Gorey – if not nonsense, then at least surreal next door neighbours – but discovered (& now adore) him as an adult.

Additionally, my grandfather (who was a much loved Primary School Headmaster) used to recite famous nonsense poems to my sister & I: like Christopher Isherwood “The common cormorant or shag/Lays his eggs inside a paper bag” … & “One fine day in the middle of the night/Two dead men got up to fight” (which so impressed me I had to learn it — or a version of it, I’ve since discovered mine differs from the possible original, but meh) … & “I eat my peas with honey;/I’ve done it all my life./It makes the peas taste funny,/But it keeps them on the knife” by that author of very many fine nonsense poems, Anonymous.  Interestingly, Grandad can still recite many of these poems word-perfectly even though he’s in his 90’s & alzheimers is starting to take its toll on other areas of his memory.

The reason I’ve chosen this topic for my First Sunday Silly is part of me is interested in trying to write modern day nonsense poems for children.  Not sure if I can, not sure if there’s a demand for them, but there is my nostalgia.  I’ve been re-reading Lear’s first collection Book of Nonsense.

Now given nonsense poems appear very simple & artless, it’s clear they must take many hours of editing & tweaking (something which I gotta say, appeals to me greatly).  Given also, that I wouldn’t have many hours to tweak & edit today, I went a simpler route, preferring to craft many off the cuff ones, rather than one perfect one.  I had a blast, writing em at the computer, in the shower, on the ipad, driving, in a friend’s kitchen.

As you discovered in Day 2’s poem, The_Hunter’s Hearts, I play an online game involving good food loving, pipeweed smoking, little people who live in New Zealand … with a wonderful group of people (some of whom possibly know me better than some of my RL friends – despite us never having met!).  We have character names, & online personalities which may be very different to our real ones (though I suspect most of us are surprisingly honest online – & play the game, just as we live our lives).

Often the first thing you ask is “where you from”, “what do you do?” (as in life).  Hence I am known as Blad the Poet. Blad the Sexy, Blad the Witty, but most commonly as Blad the FatLazyArseBastardWhoWon’tFarm, but I digress.  So all I know about some people is where they’re from & one or two quirks.  Others I know in much more detail & depth.  All of which leads to limericks.

The Pedia of Wik describes them thus: “short, humorous, often ribald or nonsense poem … with a strict rhyme scheme (AABBA), which is sometimes obscene with humorous intent. Gershon Legman (editor of a comprehensive Limerick anthology) held that the true limerick is always obscene; from a folkloric point of view, the form is essentially transgressive; violation of taboo is part of its function.”

So!  My MMORPG colleagues from round the world are henceforth conscripted to be today’s subjects.  Wherever possible, I use their actual home town, (sometimes their character name stands in for a place) & as many tidbits of information about them as I can squeeze into five lines. Some are borderline obscene, some are in the next state obscene, & hopefully there’s not too many which are clean, hence boring.  However, some are blatant lies –  no offence is intended to my lovely digital friends.  {I’m particularly concerned by offending my Turkish friend, who’s nose is unquestionably cute in RL, but somewhat larger in my limerickising of her.  I’m also worried about my Malaysian friend because she’s got no sense of humour (She does) [Not really, I’m just saying that to keep her happy.] No really, she does… – bwahahahaha. }

Unlike Lear, who usually has a variant of the first line ending as his last line, I’ve opted for some extra space to make a third rhyme.

There was a man who lived in Paris
Pronounced how the French do, oui
To give himself cheer
He drank lots of beer
So he constantly wanted to wee

There was a young man from Penistone
Whose, um, ah stuff it I’m going home
Why do you ask
Don’t take me to task
There ain’t nothing funny about Penistone 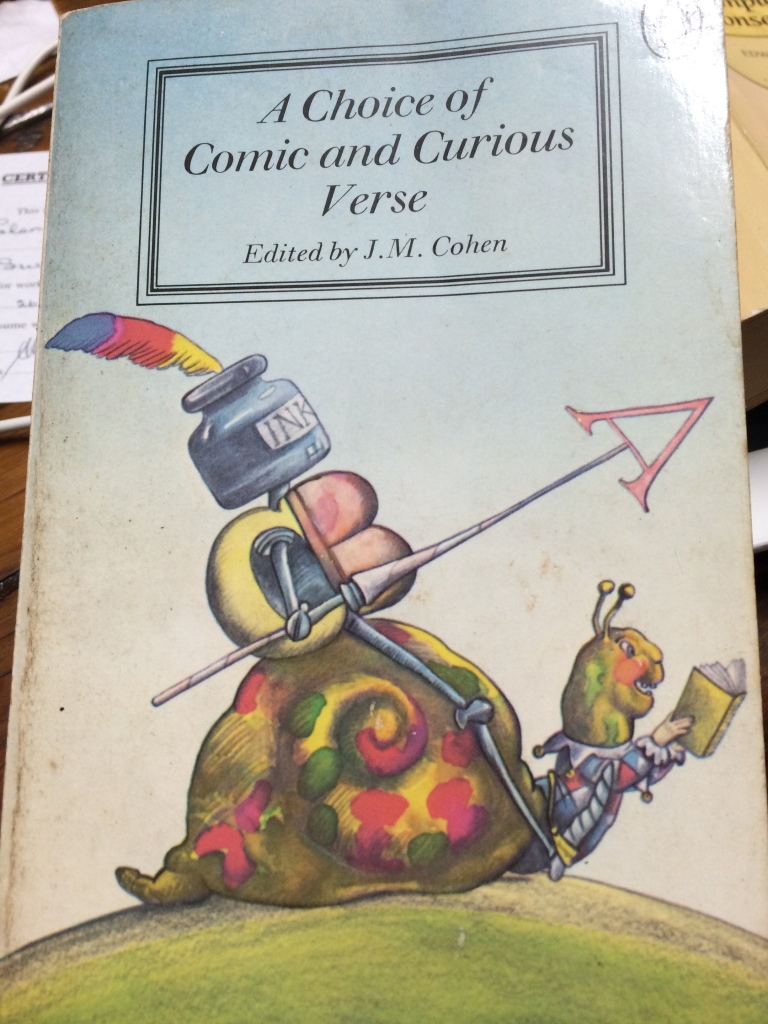 FOOTNOTE:  If you like what you’ve read, feel free to subscribe, comment below, or share this page with your friends.  I have only had this blog running a few days (Day 1 of NaPoWriMo 2013 doesn’t really count), but it’s been lovely getting notified of folks liking, adding & visiting the site.